Why do Dutchies act the way they do? In other words, Dutch culture and the traditions related to it. Interested in in some background on behaviour and traditions of the Dutch, including many examples you can relate to? Than this blog is for you.

Let’s start with a little perspective: the main difference between culture and tradition is that Dutch culture describes the shared characteristics of all Dutchies, created throughout history, and traditions of the Dutch can be described as believes and behaviours that are passed on from one generation to the other.  An example of Dutch culture is the distinction between countryside (non- randstad) and city (randstad area). On other example of Dutch culture would be the Dutch red, white and blue flag. An example of Dutch tradition is the way King’s Day is celebrated in Rotterdam, or the way family X celebrates their kids birthdays. This automatically implies that traditions are subject to change, they know many nuances, differ per generation, area, and group of people. They evolve with time and they are definitely not a fixed & given aspect of a certain group of people. Traditions however, can always be traced back to culture. In this blog I will discuss five elements of Dutch culture and traditions related to those elements. This will help you understand the behaviour of the Dutchies around you.

Relating this cultural aspect to tradition, you could say that this is the source of our “always open” curtains, showing the world we have nothing to hide. On the other side you’ve probably also seen that one neighbour peeking inside to see what’s happinging. It’s also the source of our independent woman, who on average don’t care much about chivalry and often see well intended gestures (like carrying a woman’s suitcase) as an insult to her own capability. Or maybe you’ve been on a date, where the Dutchie wants to split the bill regardless of the date being good or bad.

Another tradition that relates to this cultural aspects is that the Dutch on average are very much willing to speak English to non-Dutchies, way more than other European countries like Germany or France. A last example about the independence: if it’s your birthday, you bring your own cake and drinks to work! As the Dutch saying goes: “het leven is een feestje, je moet alleen wel zelf de slingers ophangen” which roughly translated means that live is great, as long as you take the responsibility to make it great yourself.

Example 2 Royal family
The clearest example of national symbolism is the Dutch royal family. King Willem Alexander, Queen Maxima and their three daughters are regarded as the embodiment of the Dutch and a symbol of hope and unity in times of need.

Tradition wise, when it comes to the royal family, the vast majority (about 80%) of the Dutch loves and appreciates the Royal family. Although many people consider the monarchie to be very pricy (about 60 million per year) that notion might also a part of the Dutch stinginess (just for fun, google the costs of other monarchies and you will see 60 million might not be that much after all). That stinginess comes from our Calvinistic background, which might be a subject for a later blog.

The popularity of the royal family is manifested annually at the celebration of Kings Day on April 27th, the Kings birthday. Every town will transform into a big open-air flea-market where kids sell their old toys, while wearing a completely orange outfit. There are also open-air festivals where the whole town gathers and many displays of local folklore. What also brings a big part of the joy on Kings Day the the overall acceptance of a Heineken beer at 9AM.

Example 3 World war II
The next aspect of Dutch culture is a bit of a depressing one: The 1940–1945 occupation by Nazi Germany provides a continued source of national identity for the Dutch. For example there are more than 800 World War II monuments and memorials. The war is also still used as the most important historical point of reference.

After the liberation in 1945, a new tradition arose: Liberation Day. This day was commemorated every 5 years. In 1990 the day was declared a national holiday, celebrated every year on the 5th of May. Most people have this day off and schools are closed. There are also many, mostly free of charge, festivals all over the country and for all ages.

Example 4 Dutch punctuality
One cultural aspect that many expats have a hard time dealing with is the extreme punctuality of the Dutch. The Dutch see time as a monochronic given, and as a result they have a strong desire to order their time in agendas and on calendars. This behaviour is thought at early age, kids are given their first agenda in elementary school to write down their scheduled lessons and play dates. Not sticking to an appointment, or even showing up just 5 minutes late is considered rude and inappropriate. As a result of this Dutchies do everything at a fixed time: work, drink coffee, do groceries, clean the house and visit friends.

That brings us to the impact of tradition related to Dutch punctuality: if you come a more polychronic cultural background [where people work on several tasks simultaneously], this monochronic approach [where people schedule one event at a time in an orderly fashion] makes making friends hard. You might not be used to schedule social events weeks in advance, or to the fact that you will most likely not be invited for dinner very soon (see example 5). Another example would be birthday celebrations, Dutch love celebrating their birthday, but for an outsider the way the celebration takes place might feel unwelcoming. For starters, birthdays have a start and an end time, and the end time will most likely be just before dinner. An other comment about birthdays, that might not be related to punctuality, but it’s too good to leave out: gifts will be unwrapped in front of all guests, and the price of the gift is not supposed to be too high. If you give a very pricy gift, you as a giver are showing off to the other guests and that is considered embarrassing and not done. Dutch pride on their modesty, even at party times. Wealth is not supposed to be showed off.

Example 5 Dutch cuisine
For the Dutch, food is seen as a necessary part of life, with no need for luxury. Traditional foods include pea soup, kale stew, raw herring and of course the “stroopwafel“. A typical Dutch weekday, food wise, looks like this:

Breakfast is seen as the most important meal of the day. Kids don’t leave for school without breakfast, parents don’t leave for work without it either. Most common would be to have one slice of bread with something savory, like cheese, and one with something sweet, like chocolat sprinkles. But also yogurt with granola and oatmeal with fruits are popular. Around 11AM there will be a snack, mostly fruit. Followed by lunch at 1PM. Often bread again, this time with for example chicken or veggie spread and some veggies on the side as well, like tomato and cucumber. Then at 3PM there will be a snack again, cookies & tea. Followed by dinner at 6PM which can be potatoes, veggies and some meat, poultry or fish. Dinner will be followed by a desert, mostly some sort of custard or pudding. And that will be all for the day, after that it’s some “unintentional intermitted fasting” until breakfast the next day. As you can read from this, food is not really seen as a social activity. In fact it’s quite the opposite: food is nutrition to keep going.

From a traditional point of view this highly impacts social settings. People tend to go home for dinner and dinner mostly takes place in a family setting, without guests. Meals are also considered a rather “fast” activity, 15 minutes per meal is considered normal. So next time you understand why your Dutch collogue keeps bringing the exact same lunch every day and he’s back to work in no time.

Next step
You just read 5 example’s of Dutch culture and tradition, but of course there are many many more! If you are interested in creating cultural awareness in your team, learning how to fit in with the locals is very useful! Dutchies are considered to form very closed communities, which makes them a hard nut to crack, but it’s not impossible! If you are interested to:

Than Dialogue with the Dutch offers an online training that is perfect for you! Schedule your free discovery call now to start your journey into being a successful expat in the Netherlands!

One thought on “Why Dutchies act the way they do” 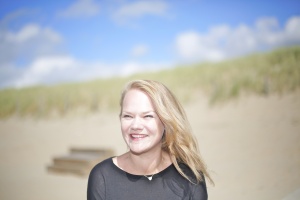